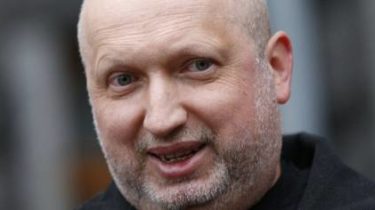 Secretary of the NSDC of Ukraine Oleksandr Turchynov jokingly answered the question, when will the war.

It happened when he arrived to the soldiers in the area of Marinka and Krasnogorovka and asked about the repair of damaged buildings.

Turchynov has called the war in the Donbass with Russia domestic

In turn, one of them asked when Ukraine will end war.

“When Moscow will take, and then completed,” – said Turchinov.

We will remind, the Secretary of national security and defense of Ukraine Oleksandr Turchynov stands for the earliest possible introduction of visa regime with the Russian Federation.

“I believe that this question is not just ripe and overripe. It must implement as quickly as possible – the better for the country”, – said Turchinov.