The court seized the property of “Chernomorneftegaz” in the Crimea 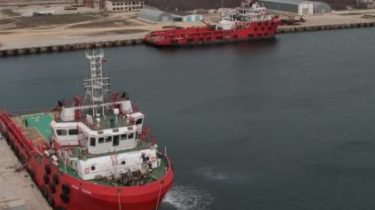 A Ukrainian court has seized the property of the state enterprise “Chernomorneftegaz” in Russian-annexed Crimea. The arrested were 33 non-residential premises and 27 ships.

The decision to arrest was taken Primorsky district court of Odessa city. It is reported by the Prosecutor of the Autonomous Republic of Crimea, which performs procedural management in criminal proceedings on the facts of illegal appropriation of property of “Chernomorneftegaz”.

Earlier at the request of the Prosecutor of Crimea, the investigative judge of the same court issued a ruling on the seizure of illegal has four Jack-up rigs “Peter Godovanets”, “Ukraine”, “Sivash”, “Tavrida”. Their value at the time of purchase was more than 11 billion 655 million UAH.

“Now the Ukrainian Bureau of Interpol by the Prosecutor’s office sent a letter on entering the drilling rigs and vessels in the database of the investigation”, – stated in the message.

Six months ago, Putin announced the connection of the Crimea with Russia pipe, which will steal the Ukrainian gas.