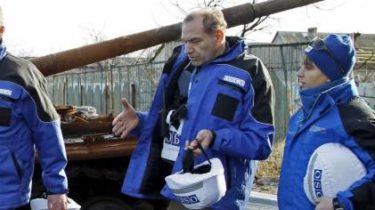 Observers of mission of OSCE recorded banned weapons from the militants in the Donbas.

This was stated by Deputy Chairman of the Special monitoring mission of the OSCE Alexander hug, says “UKRINFORM”.

According to hug, the occupied territories, the militants are increasingly prevented observers to monitor the area, sometimes even at gunpoint.

Recall, the militants violated the silence regime in Donbas, who have agreed to put to the Day of protection of children. The Ukrainian military counted three enemy fire in the middle of the night.