The monument to the legendary volunteer and tamed snake: a front-line everyday life of the soldiers near the Crimean 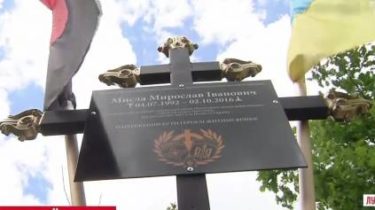 The outskirts of the Crimean in the Luhansk region fighters fired from mortars. Despite the announcement of another mode of silence, the enemy launched attacks on the advanced positions of the ATO forces first from small arms, and then connected and heavy caliber, according to a story TSN.19:30.

The military counted two dozen breaks 120-x and 82-x min only close to one holding midfielder. The direction of arrival of shells occupied Sokolniki. “In Minsk agreements, Russia – our territory, our land, but there are separable”, – said the fighter with a call sign “Freedom”.