Marriage with a Ukrainian of Chechen Hitman and an attempt on the life Osmayev. Five things you might oversleep 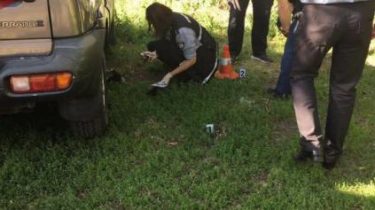 1. Wife wounded in Kiev as a result of firing of the former head of the battalion name Dudayev Adam Osmayev amine Okueva said that the first time was preparing an attempt on the life of her husband. Under the car Osmayev had to put the explosives. Read more→

2. The situation with the attempt on the life of Adam Osmayev and Amine, AquaWay is resonant and can acquire various rumors and inaccurate speculation. This is in exclusive comments TSN said the commander of the peacekeeping battalion named after Sheikh Mansur Amir Muslim Cheberloevsky. Read more→

3. The suspect in the attempt on the participants of the ATO Adam Osmayev and amine Okueva not yet testified so how is on the respirator, said Advisor to the Minister of internal Affairs of Ukraine Ivan Varchenko. Read more→

4. Ex-volunteer ATO Amin Okueva found the killer who shot in Kiev with her husband, Adam Osmaev. He repeatedly changed the passport and documents by marriages, and was involved in several criminal cases and criminal proceedings, including cases of death threats and fraud in Russia and Austria, was immediately recognizable Russian press. According to the newspaper, the investigation found that Denislav legalized in Ukraine, also by marriage with the citizen of Ukraine and a scheme of falsifying documents in a few authorities. Read more→

5. The man who fell into a volunteer of Adam Osmaev on the eve in Kiev, may be a mercenary of President of Chechnya Ramzan Kadyrov. Some media and politicians have identified the shooter, who came to the meeting with the volunteers under the guise of a French journalist. Killer Osmayev could be a boon for investigators in solving a series of crimes. Read more→