A water tank for the Town are almost exhausted – Minot 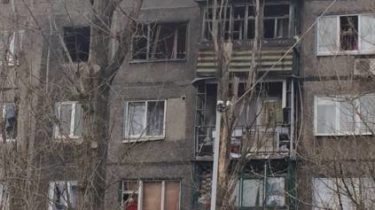 Monday, June 5, Avdeevka can stay without water for stopping Donetsk filter station after shelling by militants, and that they could now be repaired.

It is reported by the Ministry of the temporarily occupied territories and internally displaced persons (Minot).

“Now the water reservoir for the city is actually exhausted, we do not have the ability to fill it. Thus, 5 Jun Avdeevka can stay without water,” – said in the message.

In Minot noted that, together with other agencies and humanitarian organizations are working to ensure residents of the Town drinking water. Rescuers now carry water through the streets of the city.

We will remind, from-for continuous attacks of fighters of the DFS can start the work, local residents must rely on the remaining water reserves. In late may, on her restored electricity, but on 22 may, the militants again fired at the stationat the time – from mortars.