The court acquitted ex-mayor of Stakhanov, who organized a “referendum” and promote the fighters 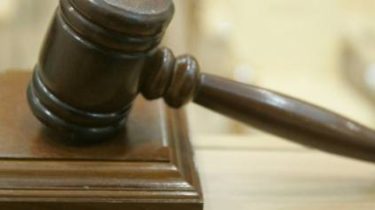 The court acquitted the former mayor of Stakhanov Yuri Borisov, who was arrested in 2014 on charges of encroachment on territorial integrity and inviolability of Ukraine.

This was reported by the journalist Denis Kazansky on his page in Facebook.

“Despite the evidence, documents and video rolled up next dogovornyak”, – the journalist writes.

According to him, Borisov was one of three mayors arrested for separatism. Now in custody are only Nelya Shtepa Slavic and Volodymyr Sleptsov from Dzerzhinsk (Toretsky).

“The other mayors who conducted the referendum, do not have problems with the law and continue to occupy their positions. It turns out that the anti-constitutional referendum is held, thousands of people died, but no one is to blame,” wrote Kazan.

We will remind, earlier arrested on suspicion of collaboration with the separatist mayor of Stakhanov spoke “passed” sponsors Luhansk seperatists. Yuri Borisov has called the organizers and sponsors of the referendum, the so-called “Luhansk people’s Republic”, and said, who is from the “Party of regions” in early may have added fuel to the fire in the East, and, in fact, financed the separatists.