In the Patriarchal Cathedral in Kyiv say goodbye Lubomyr Husar, the entrance is open to all 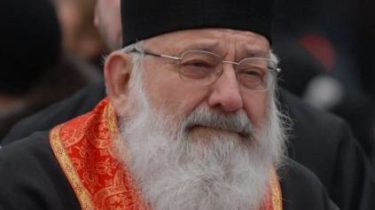 In the Patriarchal Cathedral of the Resurrection of Christ in Kyiv on Sunday, June 4, say goodbye to the former head of the UGCC his Beatitude Lubomyr Husar.

In the temple the morning conducted three liturgies in the place to pay their last respects to the cardinal, going people.

Cathedral doors will be open around the clock, to say goodbye to Guzar everyone.

Lubomyr Husar was buried in the tomb of the Kiev Cathedral, the coffin will be sealed

Near the tomb of cardinal will last devotional readings.

Will end with a farewell on Monday, June 5, Episcopal Liturgy, and the Rite of burial. The Cathedral will come to about 600 priests from different diocese of Ukraine and from abroad.

In prayer will be attended by the personal envoy of Pope Francis, Archbishop Cyril Vasyl, Secretary of the Congregation for Eastern Churches.

His Beatitude Lubomyr will be buried in the crypt of the Patriarchal Cathedral on June 5 at 11:00 o’clock.

Recall, the motorcade with the body of Patriarch Lubomyr arrived in the capital the previous evening, may 4, after a farewell course in Lviv.