In Ukraine will change the system of assignment of child support 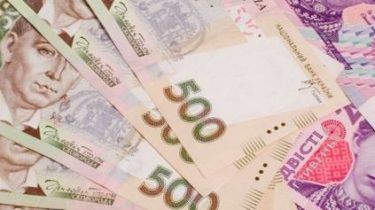 In Ukraine in the near future to change the law concerning recovery of the alimony on children. The draft law still must be signed by the President. The changes provide that in the first place during the divorce of his parents will put the child’s interests.

A dispute over property can lead all you want, but the child support will be addressed instantly. A long litigation over child support now down to three days. Anyone who wants to obtain payment of child support, just have to go to court. And within 72 hours there should be order, which shows a clear amount of child support. If the income of the father is not known – at least it can be 50% of the subsistence minimum per child: UAH 700 kids under the age of 6 years, and 900 UAH – for the older child. If you know the quarters from his earnings. And not necessarily official. To prove the legitimacy of the claims of the holder of the child don’t need anymore. In fact, this happens in absentia. And without the creditor and the debtor.

The court must first provide financially for the child, and then to consider the complaints of dissatisfied with pleasure. This means that the entire load of the courts shifted to the shoulders of the one who evades paying alimony.

Earlier, the court took into account only the official wages of the maintenance payer. But if you can prove that he gets more than shows: travels abroad, bought a car, apartment or pays a rabid communal, these data are now the court must consider in determining the amount of alimony. So, payment in the envelope now harder to hide. Because it is not about salary and income. And minimal maintenance can grow to several thousand.

The law to protect and payers of alimony from the excessive appetites of the plaintiffs. And set the upper limit of child support. This is 10 times the subsistence minimum per child – 18 thousand hryvnias. Longer. Such a balance of parties.

Criminal proceedings against the defaulters of the alimony in Ukraine – is a rarity. The conviction is still a rarity. Usually deadbeat dads avoid responsibility. Convicted of failure to pay child support in 2014 was 2,600, in 2015 – 1300 people, and in the past year – two times less, 700 people. And this despite the fact that litigation in Ukraine more than 7 million. And even the decision of the court, most of them not decree.

If the former husband or wife is officially unemployed, they are also assigned alimony based on the average salary in the region. If it is 10 thousand UAH, then the defendant must pay 2,5 thousand for one child. Since we are talking about payment not in favor of either of the spouses in a divorce. The Central tenet of the law – alimony is 100% property of the child. The guardian, of course, can dispose of them, but they belong to a child. And the one who pays them has the right to require the report for every penny.

By the way, the right to child support are the parents – when in old age will need care and assistance. And the only reason to deny the biological parents in child support – their evasion of parental responsibilities.