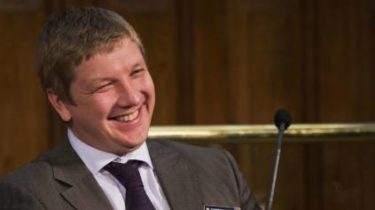 Arbitration in Stockholm this week took the side of “Naftogaz of Ukraine” in its dispute with the Russian “Gazprom” and actually has kept Ukraine more than $ 40 billion, which wanted to receive Russian gas monopoly.

It is said the plot of TSN.Week.

The amount in fact so magnificent that a billion there, billion here, how to write different sources, does not matter. The money demanded of Ukraine by Russian “Gazprom” is half of the total gross domestic product. These fantastic 47 billion, which required Gazprom, can be explained on the example of the Ukrainian budget. To pay off with Russia, Ukraine would have a year to stop funding the army, school, medicine, to abolish all salaries and pensions and still have needs.

According to “Gazprom”, of one thousand dollars, in fact, he had to give all the 42 million inhabitants of Ukraine, even the disabled and infants. And all these debts because Ukraine does not buy gas from Russia. However, the principle of “take or pay” recorded in the gas contract from 2009.