Reva told how to change payments of pensions to military 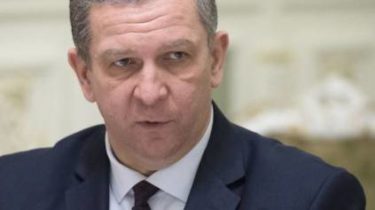 The Minister of social policy of Ukraine Andriy Reva said that as of today the military personnel who are now retire, and those who came 20 years ago, the pension gap three times.

He said this in an interview with the espresso.

“Today the military personnel who are now retire, and those who came 20 years ago, the pension gap three times,” he said.

“Without raising the retirement age”: Reva explained how to properly allocate the pension between Ukrainians

“On the other hand, the system is designed so that the army can’t change the salaries of the military, because at once it is necessary to raise the pensions of those already retired. And now if you look at the structure of financial support for our troops, it’s just awful,” added Reva.

The Minister believes that it is necessary not only to introduce a new mechanism for the appointment of pensions, but also to align the pensions of “new” pensioners and “old”.

“Therefore, we must, on the one hand, to apply the new mechanism for appointment of pensions, and on the other to align the pensions of new retirees with those who are already retired. It’s a long process, that we will not be able to do in one step, but over time this goal we will achieve,” said Reva.

We will remind, the international monetary Fund and the world Bank have expressed their support for a government bill on the reform of the pension system, which was developed in the Ministry.