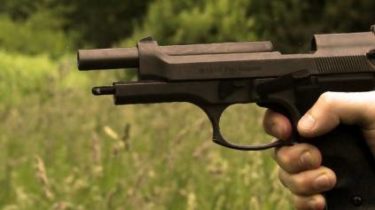 The Minister of internal Affairs Arsen Avakov on 6 June at a press briefing in Zaporozhye, said the reasons on which Parliament could not adopt the draft law on free circulation of weapons in Ukraine.

“There are many obstacles to the adoption by the Parliament of Ukraine of the law on free circulation of weapons. First and foremost, statistics show that the majority of citizens of Ukraine against this decision”, – said the Minister.

In Kherson SBU exposed the soldier who illegally sold firearms

“In addition, this weapons now pointing to the fact that the adoption of such a law is necessary very much to take into account in order to weapons in any case does not fall into the hands of persons with unstable mentality, criminals, people with addictions and mental disorders,” – said Avakov.

The Minister stressed that without such data to adopt the law on free circulation of weapons is unacceptable.