Omeljan supported the idea to limit the communication with Russia 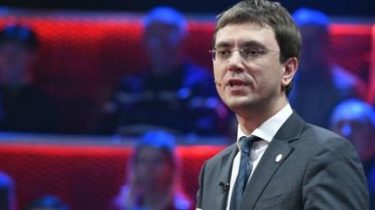 Minister of infrastructure Volodymyr Omelian stands for the restriction of train and bus messages with the Russian Federation.

He stated this during the presentation of the results of research “Corruption in the transport business” reports UKRINFORM.

In addition, it supports the establishment of a visa regime between Ukraine and Russia.

Poroshenko officially approved the termination of transport communication with ORDA

“As a citizen of Ukraine, I support this idea”, – said the Minister.

In turn, Omeljan denied information that Ukraine stops rail links with Russia in the summer.

Railway communication between Ukraine and the Russian Federation may be terminated. As writes the Russian newspaper “Kommersant” with reference to its sources in the Ukrainian government, it is the suspension of movements from 1 July this year. “Ukraine is preparing to discontinue railway passenger communication with Russia roughly from 1 July,” — said the source.