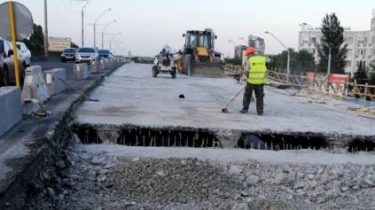 On quality of roads Ukraine ranked 137th place out of 144 countries in the world. The large pits and ditches on the roads – also in Mongolia, Guinea, Romania, Haiti, Mozambique, Mauritania, Paraguay, Congo and Madagascar. And the worst roads in the world – in Moldova, where 40% of local roads in need of repair.

This is stated in the rating, which was The World Economic Forum.

The best roads in France – 6.5 points out of seven possible. Second place – the United Arab Emirates, the third – to Singapore. Also the most quality roads in Portugal, Oman, Switzerland, Austria, Hong Kong, Finland and Germany.