Switzerland will introduce bezviz with Ukraine 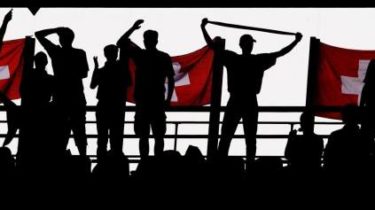 Switzerland will introduce a visa-free regime for Ukrainians with the EU – June 11. This was announced by the President of Ukraine Petro Poroshenko.

According to him, the decision was discussed at a meeting with the foreign Minister of Switzerland Didier Burkhalter.

10 days before visa-free travel. Why tourists should buy insurance policies and how to choose them

“We also talked about further deepening of bilateral cooperation between our countries”, – wrote the President in Facebook.

He thanked the Minister for his visit to Mariupol, during which it was transferred to another humanitarian cargo of medicines and reagents for water purification.

As previously reported, on may 22, the decision on visa-free regime between Ukraine and the EU was published in the Official journal of the European Union”. To operate it will begin in 20 days, that is June 11.

Earlier it was reported that in the first month of bezveza all the Ukrainian Consulate will work in the strengthened mode. In order for the border crossing was the fastest, crossing points on the border of Ukraine will be equipped with biometric scanners.