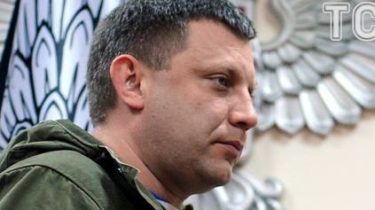 The school occupied part of the Donetsk region has finally switched to Russian language learning.

This was stated by the leader of the terrorist organization “DNR” Alexander Zakharchenko.

“For three academic years in educational organizations “DNR” gradually there was a transition to Russian language learning,” he said.

We will remind, earlier the coordinator of group “Information resistance”, MP Dmitry Tymchuk reported that in “DNR” the stores are forced to turn to Soviet music. Such measures taken to promote a “DNR”.