Everything happens in secrecy. The details of the night of the explosion at the U.S. Embassy in Kiev 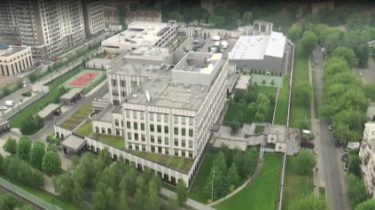 Thursday night, June 8, an explosion occurred on the territory of the American Embassy in Kiev. Night of the incident, the Metropolitan police already qualified as a terrorist act. The victims, according to law enforcement, no, says the story TSN.Ranok.

As the correspondent of TSN Olga Neskorozhana, journalists trying to figure out the details of the incident last night, two hours, however, everything happens in secrecy. Employees of the Embassy and the security service flatly refuse to talk with journalists and even asked them to depart from the main entrance and there not to shoot.

However, the journalists of TSN managed to find out details from the police of Kiev.