The court refused to charge Nasirov bail of 100 million hryvnia 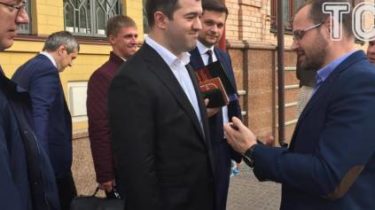 Solomensky regional court of Kiev refused to pay to the budget a pledge of the ousted President of the SFS of the Roman Nasirov.

It is reported by TSN.

A petition was filed by the prosecution.