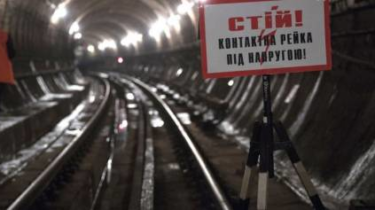 The Metropolitan police confirmed that the man at the metro station “Akademgorodok” committed suicide.

“About 08:40 during the movement of the train on the way dropped a passenger from the got injuries he died”, – militiamen noted.

According to police, the victim is a resident of Kiev born in 1993. The man went to the station together with relatives and while they were buying tokens, descended to the platform.

As told by the motorman, when the train arrived to the station, the man jumped in the way.

Currently, investigators have opened criminal proceedings under article about suicide. Now set the reasons for the fall.

We will remind, earlier in Kiev metro killed a thrill-seeker who wanted to ride the train. Shaper fatally injured between stations “Darnitsa” and “left Bank”.