In Kiev noticed a wounded moose 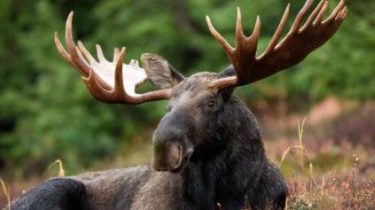 In Kiev Obolon noticed a wounded moose, local even managed to get him on video.

As the correspondent of TSN, a search team first discovered the traces of animal blood, and while were at this place, moose jumped on his rescuers and ran off.

After this, the animal crossed the Dnieper in the direction of the Park of Friendship of Peoples.

According to the inhabitant of Kiev Evgeny Kozlovsky, who met a moose while Jogging, the animal is severely damaged leg.

“Pieces of meat in the center of the knee hung. Immediately called the cops, went together to look. Wandering half an hour of bloody footprints, but found none. Moose, though wounded, but very fast. I’m afraid that if there is not, can simply from blood loss to die,” he wrote.

Currently the location of elk is unknown, the search continues.

We will remind, earlier on the outskirts of Kiev, the boxer nodules on the car hit a deer and wrecked his SUV.