In Nikolaev detained the boxer who beat Deputy 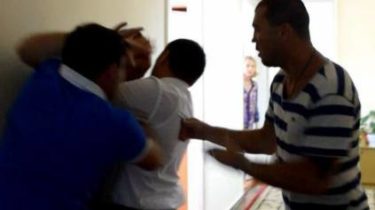 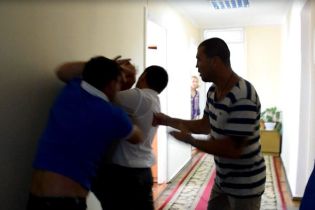 In Nikolaev police officers detained the man, who was involved in a skirmish between deputies.

“Today, under the procedural management of Prosecutor’s office of the Nikolaev officers established the location and was taken to the Central police Department of GUNP in the Nikolaev area the man who is reasonably suspected of involvement in the teaching of hooligan actions concerning the Deputy of a regional Council”, – is spoken in the message.

Boxer was 40-the summer local resident.

We will remind, in Nikolaev during a meeting of the Commission in the regional Council the Chairman of the “Opalocka” Vladimir Frolenko had a fight with a Deputy, Fyodor Bar, joining to this the boxer. Vladimir Frolenko clamped the neck to Frank Barney, and another man as they beat him. The man was the master of sports of the international class, the boxer Oleg Buts.