In the GPU called the previous name of Natalia Poklonskaya 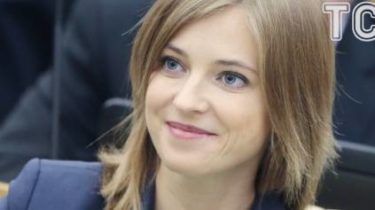 About it in interview “to date,” said the investigator of the Prosecutor General of Ukraine Andrey Atamanchuk.

This name often appears in informal biography Poklonskaya as her maiden, but officially this information has not been confirmed.

The investigator of the PGO also stated that “technically, from the information that we have in the case of pre-trial investigation, her [Natalia Polonskaya, with this name] property on the territory of Ukraine”.

According to Atamanchuk, now the GPU is investigating in relation Poklonskaya only four articles of the criminal code because of the events connected with the annexation of Crimea.

Poklonskaya explained why you lied about my family and husband

Recall organization in the fight against corruption Transparency International called on the illegitimacy of the state Duma of the Russian Federation to withdraw the mandate with the so-called Russian deputatka Natalia Polonskaya, if confirmed information about her nezadeklarovanoho apartment in occupied Donetsk.