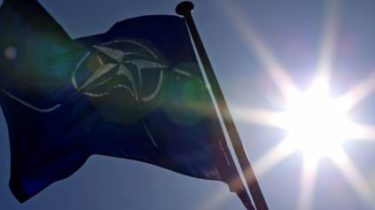 The Russian foreign Ministry believes that Ukraine’s accession to NATO will strengthen the geopolitical challenges in the Ukraine and around it.

“It’s unfortunate news. I think that all sensible people must realize that this perspective will lead to a tightening geopolitical challenges in the Ukraine and around it. And thinking not only in Kiev but also in European capitals, in Washington,” – said Karasin.

NATO took note of the decision of the Verkhovna Rada of Ukraine, which declared NATO membership a top priority. While NATO recalled the firm support of sovereignty and territorial integrity of Ukraine within its internationally recognized borders and the right of Ukraine to decide its own future and foreign policy course free from outside interference.