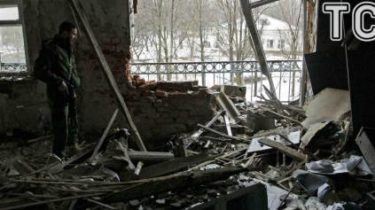 About it reports Department of communications of the police in Donetsk region.

The shelling of a boy born in 2002 got mine blast injury.

he was taken to the hospital in Town, and then transported to the hospital intercession. The shelling started in the evening. During the explosion of the shell the boy was on the street near the house, and he was wounded by shrapnel in both legs and chest.

On this fact the Druzhkivka office of the police to the service area who is part of the village of Kamenka, open criminal proceedings according to article 258 “Terrorist act” the Criminal code of Ukraine.

Recall, June 5 Pro-Russian militants fired from artillery positions of the Ukrainian military and border guards in Pavlopol. As a result of artillery fire had damaged the building of the Department of border guards, at least one shell did not explode.