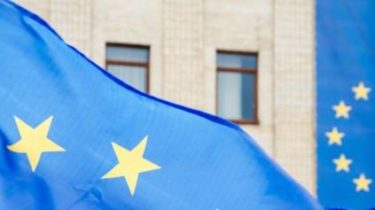 Teachers Pechersk district of Kiev and cadets of the military Institute, Kyiv national Taras Shevchenko collected at the event “Bezviz” in the center of Kiev, which will take place in the evening of 10 June with the participation of the President of Ukraine Petro Poroshenko.

About it reports “Ukrainian truth” with reference to the relevant document signed by the head of Department of education of the Pechersk district Tetyana Kopyl and one of the students of the Institute.

The document was sent to heads of schools and kindergartens faxogram. It refers to the need for participation of two persons from educational institutions in the event dedicated to the introduction bizwise.

This is the last “goodbye” of the Russian Empire. Full speech of Poroshenko to the countdown to bezveza

Student on condition of anonymity said that the decree on “extras” was given by the head of the military Institute, former head of the Department of military education and science of the Ministry of defense major General Igor Tolok.

“Through his assistants, deputies, in particular Colonel Prilipko Aleksandr Fyodorovich he said that all the students went to the rally, but in civilian clothes,” – said a student.

Later the Pechersk district state administration of Kiev has denied the information about faxogram concerning forced teachers to participate in the event “Bezviz” with the participation of the President.

“Countdown to irreversible changes”. Poroshenko started the timer before the start bezveza with the EU

The administration noted that the published Fax of the head of Department of formation does not contain evidence official document – no signature and registration.