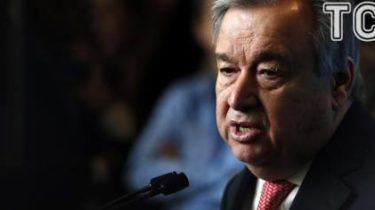 UN Secretary-General antónio Guterres, who joined the office from the beginning of this year, is going to Ukraine. About this in his Facebook wrote the people’s Deputy Irina Gerashchenko.

Today Gerashchenko met with the Deputy UN Secretary-General, Executive Director of the entity “UN Women” Phumzile MS mlambo-Nguka, which conveyed the invitation to visit Ukraine in the last year. The main theme of the meeting was “the situation in the occupied Donbas and Crimea, human rights violations, children and women, sexual offences , kidnapping, illegal hold on the occupied territories”.

We will remind, according to UN statistics, in the last two and a half months in the Donbas 35 dead and 143 wounded civilians. According to the organization, the total number of civilian casualties over the last three years exceeds two thousand, the wounded counted about 9 thousand.