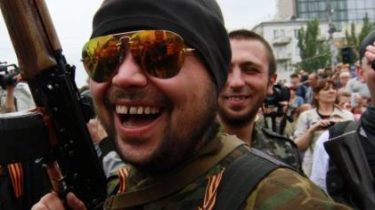 Fighters of an illegal armed formation “DNR” seized the products from people who followed the non-government-controlled territory.

This is stated in the OSCE report, transfer “news of Donbass”.

OSCE observers stationed at KPVV, located on the road in the village of Kremenets (16 km South-West of Donetsk), and I saw three civilians (man and two women aged 51 to 59 years old) seized products.

After that they were allowed to proceed in the occupied territory.

Militants “DNR” told the observers that the may 19, 2017 on the uncontrolled territory has banned the import of pork and products of pork.