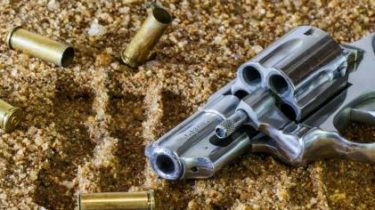 In Kiev Svyatoshinsky district on the roadside found wounded from a traumatic weapons woman.

This was reported in the capital Department of national police.

“Received a message about detection of women at the roadside. In place immediately went investigative team, which found out that the woman was injured, she died in the ambulance,” – said in management.

During survey of a scene law enforcement officers seized three shell casings, to pre-from a traumatic weapons, and sent them to study.

As it turned out, the woman is a native of Dnepropetrovsk, born in 1964, on the body of the deceased doctors found three wounds, he was sent to the Bureau of forensic medical examination for establishment of a final cause of death.

Currently, the investigators have classified the incident as murder, continues the search for the attacker and his arrest.

We will remind, earlier in Kiev the shooting occurred. Unknown wounded man and took his purse with the money. In some days militiamen detained the attacker. The attacker threatened 15 years of prison or lifelong imprisonment.