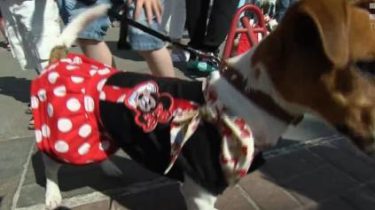 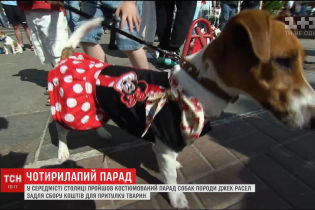 Sunday parade of Jack Russell Terriers was held in the center of Kiev. The center of the capital turned into a real dog heaven running, games and entertainment. But on Khreshchatyk was a real dog pageant, says the story TSN.12:00.

Dog parade brought embroidered shirts, dresses, costumes butterflies and tiger and others. In total there were hundreds of dogs. In costume and without. Started with the European area. Pedestrians and drivers of oncoming cars was thrilled.

The parade was staged to raise funds for the animal shelter. And to share the joy of Pets. Dogs with owners came to the Boulevard and back. Yet, who was walking on Khreshchatyk, they say – such parades need animals, and people, so already waiting for the next.