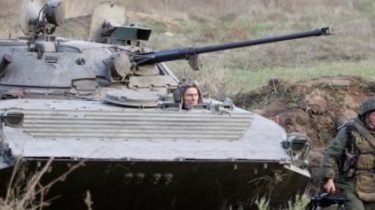 On the evening of 12 June, Pro-Russian militants again shelled residential areas of Avdiivka and Marinka of the Minsk agreements prohibited weapons.

Reported by the Ukrainian side of the JCCC .

Around 21.00 the separatists from tanks shelled positions of Ukrainian Armed forces near Avdiivka and hit residential quarters of the city. Shells of caliber of 125 mm exploded near residential buildings in the streets of Ostrovsky and Gagarin.

An hour later, the militants of BMP and granulomata shelled Marinka. The shelling burned the house on the street October.

In both cases, among the local residents there were no casualties. In Avdiivka and Marinka work of the Supervisory group of the Ukrainian side of the JCCC. Details of attacks are specified.