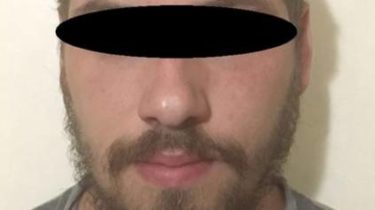 Arrested for taking part in the capture of the building of the Kramatorsk city police Department in April 2014, called police 15 of their accomplices.

This was announced on his page in Facebook Deputy head of the national police – the chief of the Department of the National police in the Donetsk region Vyacheslav Abroskin.

“Recently, the detainee, an active participant of capture of the building of the Kramatorsk city police Department in April 2014, shared information about his “fellow soldiers” – those who were active participants in the events of the “Russian spring” in Kramatorsk”, – he wrote.

According to Abroskin, some of these separatists are already in the wanted list, and the others declared wanted in the near future on the basis of their “friend” testimony.

“Well, my friends, waiting for your surrender,” – said the militiaman and has released the first photo of 15 “friends” Kramatorsk militants-a”guest worker”.

We will remind, about the arrest of the gunman, who with a gun took part in the capture of the building of the Kramatorsk city police Department in April 2014 Vyacheslav Abroskin reported yesterday, June 11.

According to him, the 25-year-old local resident from the first day was in the ranks of the militants “DNR”. For the seizure of the police station, he received $ 500.