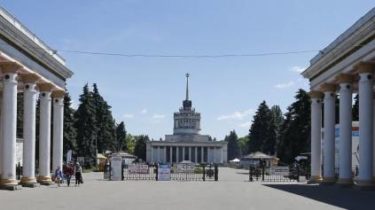 The Kyiv appeal economic court has banned construction of commercial complex with Parking near the entrance at ENEA. It is reported by TSN.

In 2009, the city Council decided to transfer the land near the exhibition centre for the construction of a private investor, the company’s SVP GROUPS. The decision of the Kyiv city state administration the management of Expocentre found out by accident and went to court, because the land at the entrance belongs aemo. The last three years, the leadership of ENEA in cooperation with Kyiv city state administration, trying to reverse the decision “predecessors” on the transfer of land for construction and to terminate the investment agreement. Previous decisions of the courts of three instances have also been to the benefit of ENEA. Now the decision of Kyiv economic court of appeal can be appealed in the Supreme economic court of Ukraine. However, representatives of Expocentre hope that this decision will be in their favor and the entrance to the Exhibition centre will not obstruct another Mall.

“Today we won, I am very pleased that we were supported by the AP. Today was the representative of the HOOD, we were supported by a Ukrainian court, I think Cho is the most important thing. In front of our main entrance will not build a shopping center, and this means that the architectural ensemble of the main entrance will remain as it is – good”, – said Evgeniy Moshkin, acting Director VDNKH.