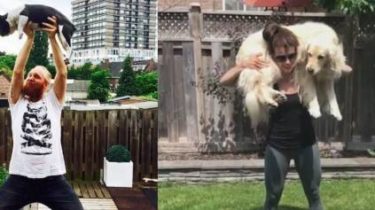 Today, June 13, the Network continued to discuss mass arrests during anti-corruption rallies in Russia. The viral popularity received a video in which the security forces “pack” simpatika of Russian President Vladimir Putin.

In Instagram staged a flash mob #SquatYourDog, whose members use their dogs instead of barbells and dumbbells and squat with them.

Almost half a million views put together a video with the guy dancing after the successful transplantacija heart.