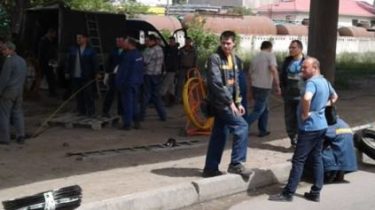 On the night of June 13, unknown persons damaged the main Internet cables under the Southern bridge in Kiev. The attackers set fire to tires in two telecommunications manholes in which there were the cables.

Internetua reports about it with reference to representatives of the Telecom companies.

In connection with the incident, in most settlements of Ukraine may temporarily lose contact and access to the Internet. We are talking about such operators and providers as “Ukrtelecom” “Datagrupp”, “Will”, “adamant”, “Ukrainian communications”, “Freenet”, Dest, Ipnet, etc.

The representatives of Telecom companies believe that this could be sabotage: the wells were set on fire on purpose, they threw the tires that burned for about a half hour.

Because of the incident under the Southern bridge has stopped working the website of the Department of police of National police of Ukraine. About the same time the Department announced on his page in Facebook.