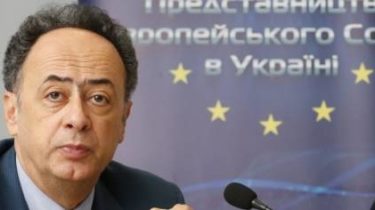 The head of delegation of European Union to Ukraine Hu Mingarelli said that the inefficiencies lie hinders the implementation of reforms in Ukraine.

“When we try to check the harmonization of the Ukrainian legislation with the EU, we understand that in the relevant ministries, the draft laws have already created, they are registered in the Parliament, but the head Committee decided not to move forward through the presence of its own interests, and he doesn’t want to promote the reforms,” he said today, June 15.

According to him, the EU regularly provides to the Ukrainian Parliament its recommendations for improving the effectiveness of its work.

“But besides the technical dimension, there is also political will. And if there is no political will, since in the Parliament there are people who are defending their own interests, it will be difficult for the government to support reforms in Ukraine”, – he added.

We will remind, recently during startup, the symbolic “free timer” Mingarelli said about the confidence that one day the EU and Ukraine will become one family.