“The loss of mutual trust”. Deputy Petrenko has filed a resignation 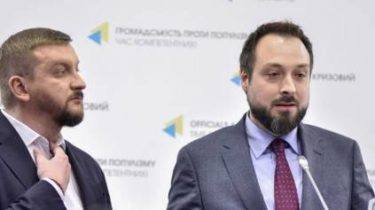 The Deputy Minister of justice of Ukraine Andriy Vishnevsky has written a resignation.

“In connection with the crucial difference defining of values, different visions of the purposes and means of the state legal policy, reform of the judiciary, the further development of the system of free legal aid, as well as the loss of mutual trust with the Minister of justice of Ukraine Pavel Petrenko asked to dismiss me from the post of Deputy Minister of justice of Ukraine”, – said in a statement.

We will remind, earlier a member of the National Agency for prevention of corruption Ruslan riaboshapka after numerous scandals with the head of NACP Natalia Korchak resigned. Ryaboshapka noted that together with Ruslan about to fall presented its own plan for the withdrawal of NACP from the crisis, however, he was rejected by other colleagues.