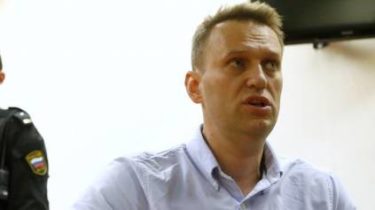 Today, June 15, two citizens of the Russian Federation with block Alexei Navalny has asked Ukraine for political asylum. About it reports a press-service gpsu.

It is noted that Russians turned to the guards at one of the checkpoints.

“Presenting for the control of passports of citizens of the Russian Federation expressed their intention to obtain protection on the territory of Ukraine in connection with their political persecution in Russia”, – stated in the message.

“The state Duma” offer to grant political asylum to Ukrainians

Law enforcers have established that these citizens associated with the opposition blooom Alexei Navalny and political activities were persecuted.

Both the Russians allowed across the border. They were sent to the migration service. The names of the persons not disclosed. Also does not specify the name of political power, but we know that Bulk is the head of the “Party of progress”.

As previously reported, at the Odessa airport on request of the Russian Interpol detained the member of the organization “Hizb ut-Tahrir” Ildar Valiev. He asked Ukraine for political asylum.