Poroshenko instructed the government in autumn to increase pensions 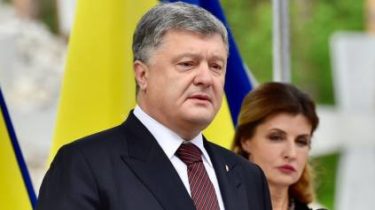 President Petro Poroshenko is convinced that the improvement of the economic situation in the country today gives the possibility to perform steps aimed at improving security for pensioners who are most in need of support from the state.

Among the measures that can be implemented already this year, the President named modernization of pensions. “The government should implement quick practical steps that will ease the suffering of pensioners. This is my requirement as the President, and I am sure that is the demand of society”, – he stressed.

“First and foremost, as a result of modernization, will receive higher pensions, the least protected are those who today gets unfairly low pensions”, – said Poroshenko.

Also, according to the President, this year we need to raise the minimum pension.

Special attention Petro Poroshenko turned to the question of the limitation of pensions for working pensioners and taxation.

Videoinsider will die if we enter this medical reform, Konstankevych

“I emphasize that today we are interested to retirees kept on working. They should not squeeze jobs. I think that is not justified today and limit pensions to working pensioners and the taxation of pensions”, – said the head of state.

Ukraine has increased the average size of pension

“I can reveal the secret – when the government has completed a Memorandum with the IMF, I took the initiative and we did everything possible in order not to give our opponents the opportunity to fill up the pension reform, artificially manipulating the retirement age. I believe that the main achievement is that for most retirees the bill provides for raising the retirement age”, – concluded the President.

Recall that the Cabinet on 17 may approved the bill a very important pension reform. Therefore, the minimum pension is 1373 UAH. At the initiative of the Government on increase in pensions for 9 million pensioners.