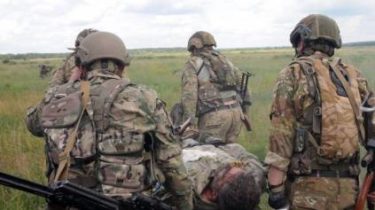 Since the beginning of the Russian aggression in Ukraine killed 2696 Ukrainian military. This was stated by the speaker of the Ministry of defense of Ukraine on ATO Andrei Lysenko.

“Since the beginning of the Russian aggression against Ukraine soldiers died today, 2696, 9903 wounded”, – quotes “Interfax-Ukraine” his quote.

As previously reported, the head of the UN Monitoring mission on human rights in Ukraine Fiona Fraser said that in the Donbas from February 16 to may 15, 2017, killed 36 civilians, another 157 were injured.