It became known when and where the “Marshall Plan” for Ukraine 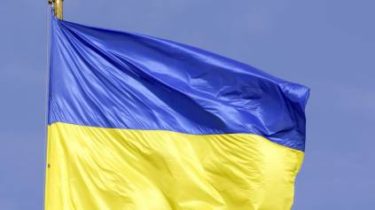 “The Marshall plan” regarding the Ukrainian issue will be presented at the Eastern partnership summit in November 2017.

In an interview with “Today,” said one of the authors of the document, former Prime Minister of Lithuania Andrius Kubilius.

“Immediately after the revolution of dignity on such a “Marshall Plan” said, not only we, but also such famous people as George Soros. Everyone saw that Ukraine needs help, but, alas, further words that have been stuck. So at the beginning of this year, when approached by the Estonian presidency of the European Union, we in the Sejm decided to present their ideas in an official document. We did it in early February and was adopted at the meeting of Seimas” – said Kubilius.

Lithuanian politician added that the authors of the Ukrainian “Marshall plan” went “to different corridors of the great powers of the Western world”.

The largest in the European Parliament, the party adopted a resolution regarding the “Marshall plan” for Ukraine

“And the first result we received in late March. To the vote of the EPP Congress, which took place in Malta, we have proposed a resolution, which mentions the “Marshall Plan for Ukraine”. It was adopted unanimously and then we realized that this idea is becoming more real. Then our delegation together with Anna hopko (Chairman of the Verkhovna Rada Committee on foreign Affairs – ed.) and her colleagues went to Washington. Going through all the corridors of the White house and the state Department and Congress. ‘ve heard enough positive reviews that really need to be like Oh something similar to the Marshall Plan tool,” he said.

“And now we’re moving on, planned before the end of June to go to Berlin and Brussels. There are also a number of conferences, say, in London in early July. And finally, we will present a “Marshall Plan for Ukraine” at the Eastern partnership summit in November, where hopefully the mention of this document appears in the final Declaration of the summit”, – said Kubilius.

We will remind, on April 1 of this year, the largest in the European Parliament European people’s party approved a resolution on developing a long-term plan to support Ukraine, the so-called “Marshall plan” for Ukraine.

As you know, in 2014, Lithuania initiated at the EU level the debate on the six-year financial assistance to Ukraine in the amount of 30 billion euros. The relevant resolution was passed committees on foreign and European Affairs of the Lithuanian Parliament.

The document says that Lithuania proposes to revise the EU budget 2014-2020 so that now under the budget of 1,000 billion euros to allocate up to 3% for the implementation of a new “Marshall plan” for Ukraine, and thus form a tool of financial assistance to Ukraine, which would have reached 30 billion euros.