The militants shelled a residential sector of Berdyansk, near Mariupol 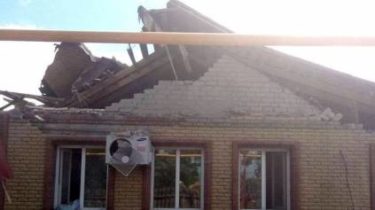 About six o’clock Saturday evening, June 17, fighters fired from Minsk agreements prohibited weapons houses in the village of Berdyansk, near Mariupol in the Donbas.

This reports the press center of staff ATO with reference to the Ukrainian side in the Joint center for control and coordination of ceasefire and stabilization of the demarcation line (SCCC).

“The shelling caused a fire in a residential house on Morskaya street. Fortunately, none of locals didn’t suffer. In Berdyansk the Supervisory working group of the Ukrainian side of the JCCC. Information regarding other consequences of attack specified. Such actions of illegal armed groups ORDO once again demonstrate the desire to further aggravation of conflict, and blatant disregard for the Minsk agreements”, – stated in the message.

Recall, during Saturday in the area of ATO in the Donbass were injured, three Ukrainian military.