LGBT March in Kiev ended: the participants left the centre of the city 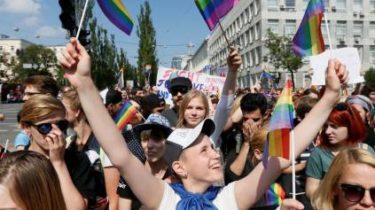 “March of equality” was held in Kyiv.

In particular, participants of the rally undercover police boarded the subway at the station “Leo Tolstoy” and left the center of Kiev.

During the procession the Marchers chanted slogans: “Rebellion, love, the right not to give!”, “Human rights – above all!” The country is for all” and the like.

In turn, volunteers of public observation “Ozon” say that the police ensure the safe departure of the representatives of the March.

We will remind, it was reported that the participants of the “March of equality” was rerouted through the bypass contravene near the Park Shevchenko. According to police, the event was attended by 2,500 people.