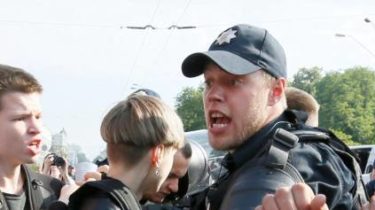 In “equality March”which began on Sunday, June 18, in the center of Kiev, attended by about 2 500 people. This was reported by the press center of Chief Directorate of national police of Kiev.

“The column of participants of the “equality March” went in the direction of Khreshchatyk street. According to preliminary estimates, participation in the event brings about 2,500 people,” – said in the message.

currently serving in the Central part of the capital are more than 5,500 law enforcement officers. The venue installed a filtration points, on duty dog handlers and mounted police.

Recall that near the main building of Kiev national University of Taras Shevchenko were the opponents of the “equality March”.

Police have seized from some protesters balaclavas and gas canisters.