SAP and NAB allegedly want to get rid of the case “black accounting”, but the GPU will bury him – Trepak 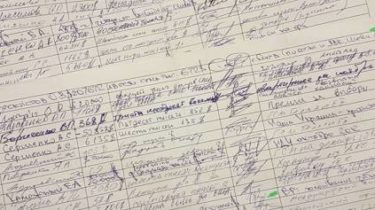 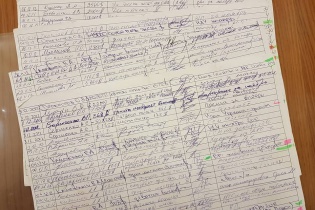 Transfer case “black accounting” of the Party of regions of NABOO to the Prosecutor General will lead to “dumping” because materials will be attached to more matter and “dissolved” in it.

About this in his article for ZN.UA writes former first Deputy Chairman of security Service of Ukraine Victor Trepak.

He said that the transfer of the case of the GPU under the pretext of joining the even greater thing about the usurpation of power by Yanukovych looks like a good way to NABOO and SAP “remove” undesirable problematic case. Thus, in his opinion, these bodies want to avoid responsibility for poor results of the annual investigation.

The GPU explained who they were forced to admit Okhendovsky victims

“However, in my opinion, this decision will lead to “dumping” things “black accounting” ETC. You have to understand that its materials will be attached to the huge array of even more things and will be “dissolved” in it – they will lose procedural autonomy, and about the “black accounts”, ETC. as this will be forgotten,” – said the clap.

The former Deputy Chairman of SBU also noted that in many cases, transfer the case from one body to another, his investigation starts from scratch.

SAP, in violation of the code of criminal procedure to unauthorized reports on the case of corruption crimes, which must investigate only the NAB, said the Trepak.

“Thus provides a legal “mine” all business “black accounting”, ETC., because there is a real risk of recognition invalid (illegal) all evidence obtained by investigators of the GPU, during the investigation of the facts of elite corruption. Moreover, such evidence cannot be used in the case of usurpation of power by Yanukovych”, – he explained.

Recall, June 9, SAP suspended the investigation against the head of the CEC Mikhail Okhendovsky, who is suspected of illegal receipt of money from the”black funds” of the Party of regions. In this part of the materials of “black accounting” of the Party of regions was directed at the jurisdiction in the Department of special investigations of the GPU.

In turn, the NAB said that the Bureau detectives will continue the investigation of “black accounting” in the composition of the joint investigation team of GPU, and has stated that the evidence collected by detectives, sufficient for communication Stations of suspicion in its final edition and the future direction of the indictment to the court.