Tense situation: the fire fighters from tanks and five of the wounded soldiers. As the day passed to the ATO 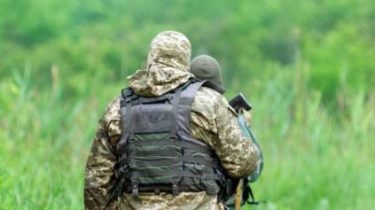 For the past day, June 18, the situation in the area of the ATO was again tense.

Fighters 66 times used a weapon against the Ukrainian soldiers, reports the press center of staff ATO in Facebook. Almost a third of these violations occurred with the use of the enemy’s heavy artillery weapons.

In the fighting over the past day, five soldiers of the ATO forces were injured.

Coastal areas. 28 times yesterday, and the day the enemy opened fire on strong points of ATO forces in this area of the contact line. Under enemy fire from 120-mm mortars were in our positions in the area of Granite, Chermalyk and Shyrokine. Also Oborona Szerokiego beating the occupants out of the tank. In addition, the Ukrainian soldiers who hold the Fort near Novoselivka Druha, roughly from the temporarily occupied Grigorovka invaders to release nearly a dozen artillery shells of 122-mm howitzers. Of less powerful firepower, grenade launchers and small arms, the militants have repeatedly opened fire on our fortification near Pavlopol, Glorious, Gotovogo, Taramchuk, Malacky, Water, Marinka, Krasnogorovka, and the like.

Yesterday around 18: 00, Russian mercenaries from mortars, which are prohibited by the Minsk agreements, once again shelled a residential sector of the village of Berdyansk, near Mariupol. As a result of shelling destroyed the roof and the ceiling of one of the houses on the street Sea. One of the mines resulted in a fire building. Also were significantly damaged several buildings, located near the epicenter of the explosion of an enemy ammunition. It passed without casualties among the local population.

The direction of Donetsk. Firing in the beginning of the last days with 152-mm artillery systems of defensive fortifications of the ATO forces in the area of Avdeevka and part of the territory near the settlement Kalinovo, the militants attacks have not stopped. During the day and evening, the enemy repeatedly fired at Avdeevka Oborona from tanks, mortars of various calibers and infantry weapons. Also under pretty heavy mortar fire yesterday was our fortifications near Novgorod. In addition, violations of gangs of conditions of ceasefire were recorded in the district Verhneuralskogo, Zaytsevy, Heaters, Novoselovka, Novoluganskoe. There the occupants used the whole spectrum available to them partilerin weapons – anti-tank missiles, weapons, infantry fighting vehicles and armored personnel carriers, grenade launchers of various modifications, heavy machine guns and small arms. Only in this area assessed 17 of the enemy’s armed provocations.

Lugansk direction. 21 there is recorded evidence of the use of enemy weapons against Ukrainian soldiers. The situation deteriorated in the second half of the day and evening, when our positions in the Crimean and Katerinovka was repeatedly fired upon by the enemy from 120-mm mortars, grenade launchers and heavy machine guns. Also under enemy mortar fire yesterday hit our fortifications near Trinity, Trekhizbenka and Old Aidar. With less powerful infantry weapons, some from APCS, Pro-Russian gangs yesterday, several times beaten by the Ukrainian defenders, who are holding the defense near the village of Lugansk, Novoaleksandrovka and stems.