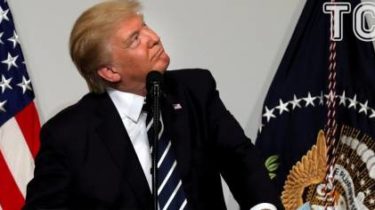 Ukraine hopes on a meeting of President Petro Poroshenko and his American counterpart Donald trump.

Details of the meeting are likely to be sanded until the last minute. Otherwise, why then the administration of the President of Petro Poroshenko not immediately confirmed his planned visit to the United States? That Poroshenko unexpectedly quickly fly to a meeting with U.S. President Donald trump, last week Ukrainian media reported.

Press Secretary Poroshenko Svyatoslav Tsigalko only on Monday, June 19, noted that the Ukrainian President flew to the US on a working visit. After winning the trump in the presidential election in the United States Kyiv persistently tried to meet with the new owner of the White house.

First of all it was important.

Poroshenko wanted to talk with trump before the last meeting with Russian President Vladimir Putinto present their point of view on the conflict with Russia and to enlist the support of Washington.

The leaders of the United States and Russia planned to meet for the first time in early July during the summit of the Big twenty (G-20) in Hamburg.

The rush of Ukraine is connected with trump’s statements during the election campaign. And although the Ukrainian leadership has not publicly acknowledged this, it was obvious that Kiev fears a deal between Moscow and Washington behind him.

Trump has repeatedly given reasons to think so, siple compliments to Putin hinting at the easing of U.S. sanctions against Russia, imposed after the annexation of Crimea and aggressive actions of Moscow in Eastern Ukraine. In addition, trump was ready to speak on the recognition of Russian Crimea, or at least so interpreted by many of the media his response to a reporter’s question.

By Paul Manafort, a former campaign Manager of Donald trump and former adviser to ex-President of Ukraine, Viktor Yanukovych, was forced to resign a few months before the US presidential elections because of charges of receiving money from “a slate club” of the Party of regions.

Whether this affects negatively on the ratio of tramp to the current leadership of Ukraine is not known for certain.

But since then, as team trump with Russia was at the center of numerous investigations, Russia-friendly notes in the reports from Washington appear much less frequently. Only days before Poroshenko’s visit to Washington us Senate supported the introduction of new sanctions against Moscow.

It obviously will take Poroshenko unnecessary tension before the first meeting with trump. The head of the Ukrainian and American States, both former businessmen and billionaires, yet still never met in person.

After winning the trump in the election of the President of the United States in the fall of 2016 between the Ukrainian government a new administration in the White house held only two direct contacts. In mid-February, Poroshenko met with Vice-President Mike Pence on the sidelines of the Munich conference on security issues. In Kiev then stated that Washington has promised its support in implementing the Minsk agreements.

“Destroy them”. Putin believes that due to the closure of the border between Ukraine and Russia “LDNR” people will die

After that the American President has circulated the social network Twitter photos from both meetings, commenting on them written with a capital letter with the words: “we will Achieve peace!”

Trump’s meeting with the Russian and Ukrainian foreign Ministers can point out that happen behind the scenes talks regarding possible new developments in a peace process in the Donbass, which probucolum.

Rumors that the United States can take a more active part than now, go for a few months.

In Kiev wanted this development.

Still in negotiations on the conflict settlement in the so-called “Normandy format” from the West engaged Germany and France. Pavlo Klimkin in may, said that a meeting between trump and Poroshenko will be prepared when the end of the consultations on the future role of the US in search of an exit from the Ukrainian crisis.

According to him, participating in these and representatives of Berlin and Paris. Kyiv-based journalist Serhiy Rudenko said that after meeting with trump Poroshenko can expect shifts in the Ukrainian question. “There can be a new negotiation format involving the USA,” he said in an interview with DW.

In his opinion, the decision that trying to find would have to include the return of Kiev control over the Eastern Ukraine and the preservation of the face of the city. But many, apparently, will depend on the trump negotiations with Putin. The “key” to resolving the conflict, according to Rudenko, as before, holds in his hands Moscow.