Poroshenko trump can discuss an alternative to the “channel format” 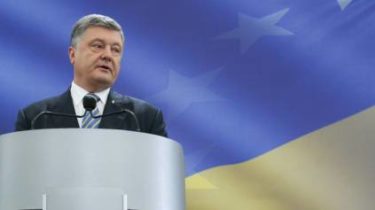 In Washington, Ukrainian President Petro Poroshenko waiting for the second half of the day, and now the capital of the US morning, says the story TSN.16:45.

The forthcoming meeting of the presidents of the United States and Ukraine TSN has learned almost a week ago. The first official confirmation of the visit came a few hours ago – press Secretary Poroshenko Svyatoslav Tsegolko, wrote about the visit of the President in his Twitter.

And eve had the schedule sent to reporters and members of the peace Corps. It is the meeting of President Poroshenko with the Ukrainian community next to the monument of Holodomor in 20 hours local time.

According to TSN, the presidential program on Tuesday will be very busy in the morning, Poroshenko is to meet with Vice-President Mike Pence, then scheduled to meet one-on-one with President trump, both will be of a closed nature and, most likely, your press briefing, the President of Ukraine will be carried out without his American colleagues, although this schedule is subject to changes.

Further, according to our sources, Poroshenko will meet with speaker of the house of representatives Paul Ryan, the Minister of economy and Chairman of the Department of energy, which will discuss alternatives to the “Nord stream-2”.

Trump seriously prepares to determine the fate of Donbass browser

According to TSN sources in the White house, the purpose of the meeting with Poroshenko must give a signal to internal American politics that the administration holds meetings with all parties and the policy of the current White house is not Pro-Russian. There are other signals: last week the US Secretary of state, Rex Tillerson, during a hearing of the Committee on international relations, house of representatives, spoke about a possible format change and the probability of exit of Ukraine or Russia of the Minsk agreements, to create a new agreement. According to TSN, the likelihood of discussion between the presidents of Ukraine and the USA in another format, an alternative “channel”, is also very high.

Note that the White house and the State Department as of now has not posted the schedule Donald trump for the current week.

Recall, meeting Donald trump and Vladimir Putin could take place on 7-8 July at the summit Big twenty in Germany.