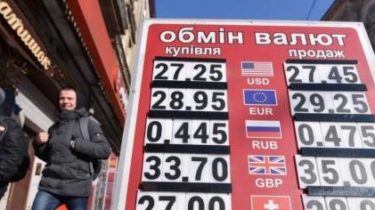 The national Bank of Ukraine set the official exchange rates on Tuesday, June 20.

The Euro will become more expensive by 9 cents and will be of 29.14 UAH.

How to grow a dollar in the next three years. The government forecast