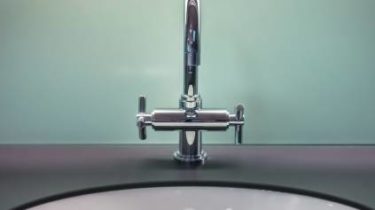 Hot water promised to return to Kiev before the end of this week. So far five districts had uncertain prospects, according to a story TSN.19:30.

About 3 thousand houses and dozens of public institutions had all the chances to spend a summer without hot water until mid-fall through the stop of gas supply to Kyiv CHPP-6. Her work has blocked the debts of state benefits and subsidies before the heat generating company.

But now claim that after a temporary stop of the CHP no technical problems in the future heating season. Most of these commitments need to assess residents Obolon, Troyeshchyna, Rainbow and the resurrection of arrays of Kiev. There from the end of may there is only cold water. “Today the government was programmirovanie payment of funds on subsidies, which now need the heating gas supply company. And thus, I think the issue will be resolved this week”, – said the Deputy Chairman of the KCSA Petr Panteleyev.