New An-132 triumphantly performed at the Airshow in Le Bourget 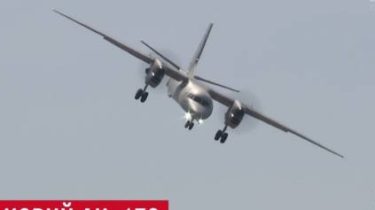 In the suburbs of Paris, opened the most prestigious air show in the world – famous Airshow Le Bourget. Ukraine became one of the few countries that introduced this year new, says the story TSN.19:30.

Antonov brought to the show, the an-132. It’s brand new, I designed it for a year and a half. The aircraft has a new canadian engines and American avionics – with this equipment to “Antonov” work for the first time. Therefore, before the start of the excitement was noticeable of the employees.

At Le Bourget strict regulations the pilots, a Ukrainian An-132 was given just four minutes on the flight. During this time, it was necessary to show the maneuverability of the aircraft, the maximum acceleration and the minimum speed. With all this the pilots did a great job, and made the brand Antonov landing – with a steep roll.

The representatives of Saudi Arabia, who watched the plane in the sky, do not hold back emotions. “Very good demonstration! We could saw the potential of the plane, which is at a very high level,” admitted the Director of the aerospace Institute, Saudi Arabia Dr. Khalid.